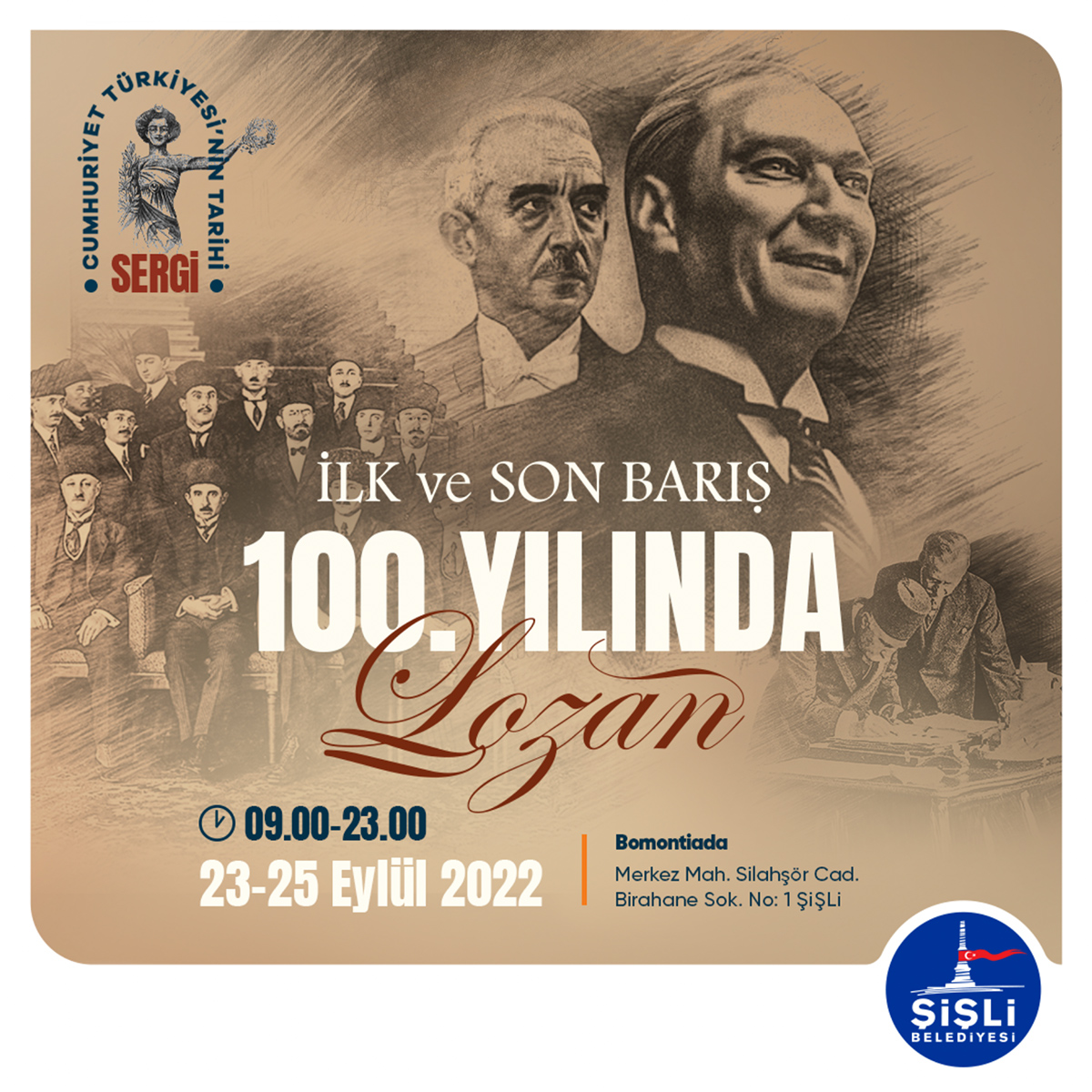 The relations between Switzerland and Türkiye have been diverse and robust for decades. People from both countries have emigrated and left their mark in their new homeland. Some examples are the Swiss architects Fossati, responsible for the important restoration of the Hagia Sophia by order of the Sultan in the 19th century. Or the Swiss family Bomonti from Bern, who founded the famous beer brand of their family name, on whose old factory site we will celebrate the Swiss Days.

But without a doubt, the most important and best-known historical event for Turkish people related to Switzerland was the signing of the Treaty of Lausanne. Negotiations on the agreement took place for months in this Swiss city on the shores of Lake Geneva, where it was finally signed in July 1923. The treaty had an immense impact on modern Türkiye. In view of the centenary and with the great support of the municipality of Şişli, we present their Lausanne exhibition during the Swiss Days in the Art Gallery of Bomontiada. The exhibition is freely accessible during the Swiss Days.