Home About Us Board Members 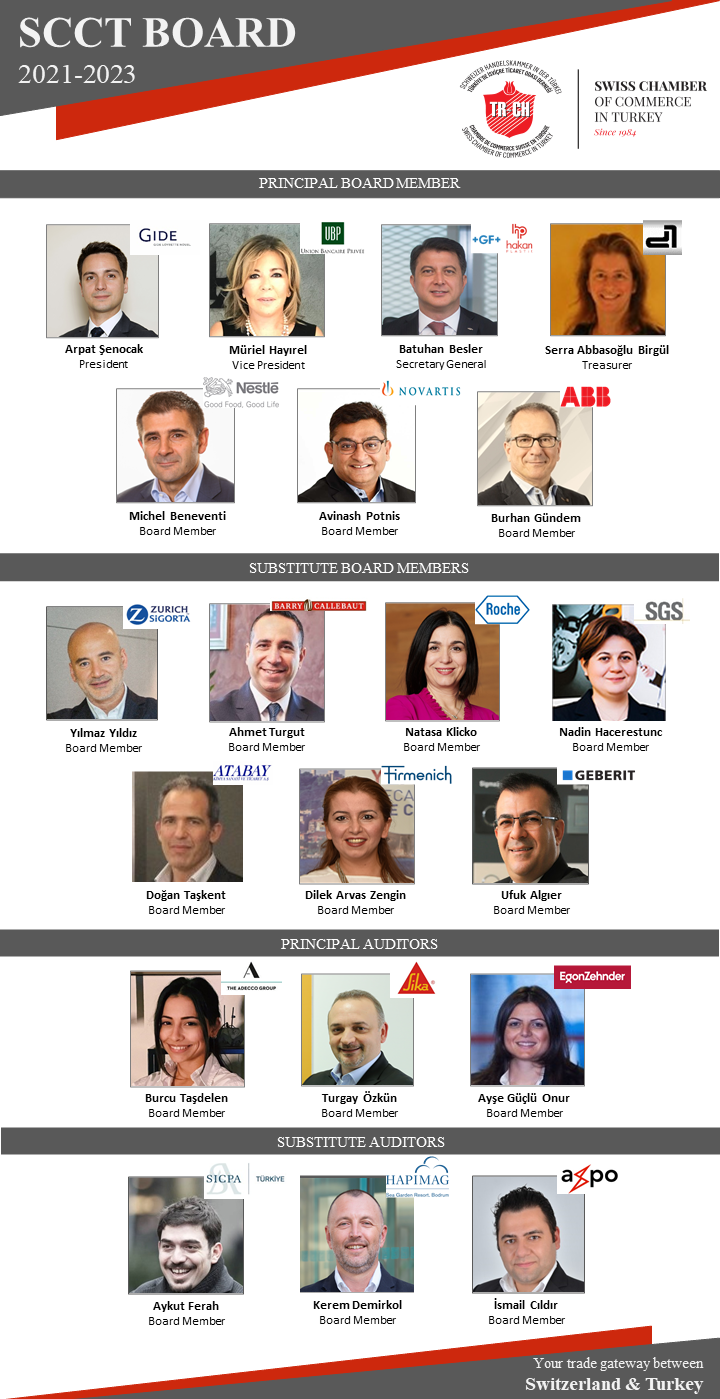 Arpat Senocak graduated from Neuchâtel Law School in 2001 and qualified as a lawyer before all Swiss Courts in 2003. Specializing in the field of mergers and acquisitions, he joined the international law firm Gide Loyrette Nouel in 2004. He qualified as a Turkish lawyer in 2008 and is now a partner at Özdirekcan Dündar Şenocak Attorney Partnership, the correspondent firm of Gide Loyrette Nouel in Turkey.

He has been involved on a large scale of inbound and outbound cross-border M&A transactions in Turkey, Europe and Africa, and specializes in sectors such as banking, insurance, industry and energy. He also has extensive experience in insurance-related transactions including the setting up of bancassurance partnerships and regulatory restructurings.

Arpat Senocak has been a member of the Swiss Chamber of Commerce in Turkey since 2005 and was the Treasurer of our Chamber since 2013. He was elected as President in March 2016.

After graduating from Robert College and Boğaziçi University, Mrs. Hayırel worked as an English teacher for several years, before joining İntertoy, where she was responsible for the marketing of Lego preschool software programs. Her interest in the financial markets eventually led her into the banking sector. She first took a job with the Bank of New York Inter Maritime. After three years, in 2002, she started to work for Union Bancaire Privee as the Representative of the Istanbul Office. She has been a member of the SCCT (Swiss Chamber of Commerce in Turkey) for over 8 years and Vice President of the SCCT for oever 4 years.

She holds a Bachelor degree of Business Administration in Marketing Management.

Avinash has been leading Novartis Pharma Turkey as Managing Director since 2017. He has 25 years of broad, multi-national experience in pharmaceuticals and he progressed through roles of increasing responsibility across different geographies mostly within Novartis.Avinash assumed the General Manager role in Vietnam, Malaysia, Philippines and Thailand and also regional role as Head of Ophthalmology Business Franchise in Basel, Switzerland. Avinash built diverse leadership teams and focused on global talent development. Through his career, he pursued critical projects in competitive readiness and launch excellence. Avinash is currently Vice-chairman of Research-Based Pharmaceutical Association (AIFD) and Board member of Swiss Chamber of Commerce. He had been recognized as Top 12 Global Pharma Leader 2012 by Pharma Executive, USA.

Since September 2019, Burhan Gündem is Country Managing Director of ABB Turkey and Local Electrification Lead for Turkey and Caucasus. He joined ABB in June 1991 and held various positions in Belgium, Switzerland and Turkey. He possesses a strong technical background, gained in different roles at ABB and thanks to his studies in Electrical Engineering at Istanbul Technical University. He is holding a MBA from Vlerick Leuven Gent University in Belgium. He is married and has two children.